While NFTs saw a huge boom in adoption earlier this year,  the non-fungible token phenomenon has actually been around for some time. With the earliest well-known example of their use being cryptokitties, digital collectibles have been a rapidly expanding sector of the crypto space.

One community that’s been at the forefront of digital collectibles has been the gaming sector. Even before cryptocurrencies existed, gamers have created, battled, and traded digital items, assets, and characters.

World of Warcraft, one of the most popular online games of all time, provided an early use-case of in-game currencies when they required players to use the game’s “Gold” currency to purchase in-game items. Thus, in the gaming space, digital currencies have been around since before the advent of the crypto space.

While blockchain has brought great benefits to the gaming sector, running games off of the blockchain has proven more difficult. With the introduction of Illuvium, the first community governed AAA blockchain-based video game, the era of blockchain gaming may finally be upon us.

Illuvium is an open-world fantasy battle game built entirely on top of the Ethereum blockchain. It’s often referred to as the first actual AAA game on Ethereum.

AAA Game: usually used to describe the title developed by a large studio. It’s comparable to blockbusters in the world of movies. While the development of AAA games can be very expensive, the rewards make it worth it. Some examples of AAA games in traditional videogames include Halo, Call of Duty, Grand Theft Auto and Zelda.

The world of Illivuim is a world full of beauty and wonder inhabited by creatures known as Illuvial. From a visual perspective, Illuvials go way beyond crypto kitties. They’re designed as high-quality 3D art made by some of the leading artists in the space.

While venturing through the vast landscape of Illivum, players can capture Illuvials by beating them in battle and then nurse them back to health. The Illuvials will become part of a player’s loyal following and can be used in fights or other adventures. Some of the Illuvials are already introduced on the Illuvium blog, such as the one below named Archeolon. Each Illuvial is also an NFT, with all of them having a strictly finite supply. 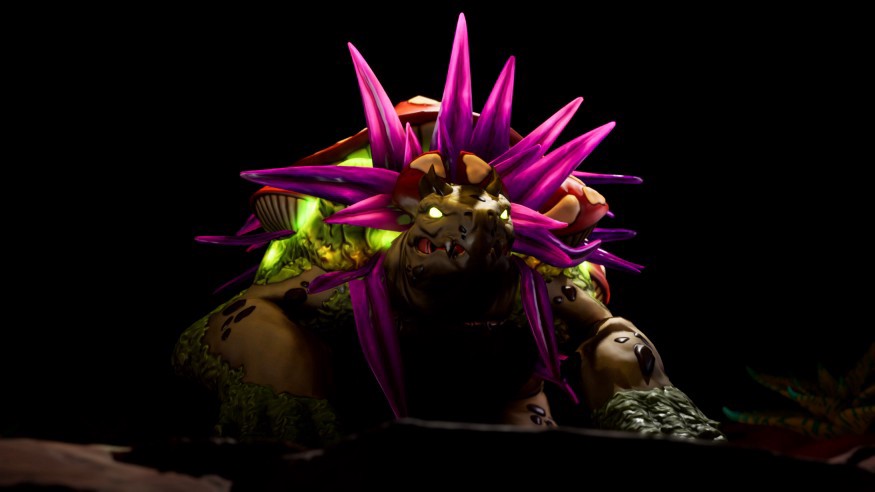 Unlike other blockchain games that are pretty limited in the actual playing aspect, players on Illuvium can spend time simply exploring the landscape consisting of 7 unique and stylised regions, building up a team of powerful Illuvials or a combination of both. Additionally, players can also earn Ether by selling their Illivuials on the Illivum exchange.

Illuvium has been in development since 2020 and was created by more than 40 professionals with vast experience across the gaming and cryptocurrency sector, and has been backed by well-known names in the industry, including Quantstamp, Moonwhale, Bitcoin.com and more.

The in-game currency of Illivuim is ILV. ILV is used to reward players for in-game achievements, entitles players to a share of the vault and is used for governance in the Illuvium DAO. The maximum supply of ILV is set to 10 Million, allocated across Flash Pools, In-Game rewards, Liquidity Pools, Treasury, the Team, Launchpad Seed and Pre-Seed capital. The allocation is visualised in the image below:

For their launchpad, Illuvium chose to use a Balancer Liquidity Bootstrapping Pool (BLBP) to allocate 1,000,000 tokens without a lock-up period to be sold to investors. This would allow a healthy price discovery mechanism. All participants in the BLBP are eligible to receive promo NFTs.

One notable partnership Illuvium has entered with immutable X. With the recent boom in NFTs, the Ethereum network has become very congested, which led to miners increasing Gas fees. Additionally, Ethereum is still not scaling with enough transactions per second to guarantee that the entirety of dApps running on the network can offer players a smooth user experience.

Well aware of those challenges, the Illuvium team decided to work together with immutable X. immutable X is the first layer-2 solution for NFTs that offers 0 gas fees, provides instant trades while providing the scalability necessary for gaming. This collaboration empowers Illuvium with L1 scalability but all the benefits of a Layer-2 solution. Gamers on the platform will have the added benefit that zero-knowledge proof is employed; therefore, they will always be in control over their funds — they can verify and withdraw assets at any time.

Why did Illuvium choose Immutable X?

Ownership is vital to collection games. If you don’t own your collection, the entire value proposition falls apart…illuvium.medium.com

To ensure fair distribution of very rare, valuable Promo NFTs, Illuvium entered into a collaboration with the well-known Blockchain Oracle: ChainLink. Once ILV tokens are released, users will be able to start staking them and participate in yield farming. On top of earning $ILV, liquidity providers get the chance to win rare promo NFTs. ChainLink is plugged in to guarantee on-chain randomness, hence a fair distribution.

We are excited to announce that we will be integrating Chainlink’s Verifiable Randomness Function (VRF) to fairly…chainlinkecosystem.com

All in all, Illuvium is addressing some of the most pressing challenges existing games on blockchain face, including scalability or a lack of detailed artwork. As the first AAA blockchain video game, Illivuim targets an audience that’s not just the usual crypto-crowd, making its launch planned for Q3 this year a highly-anticipated event.